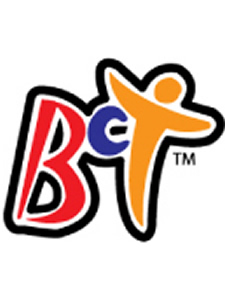 BEAVERCREEK COMMUNITY THEATRE IS EXCITED TO ANNOUNCE OUR 2015-2016 SEASON

Artistic Director, Angela Powell Walker, chats with The Rusty Griswolds about their memories of the show and excitement about performing with The Children’s Theatre of Cincinnati.

Based on the Emmy® Award-winning Saturday morning animated educational cartoon series and pop culture phenomenon which aired on ABC-TV from the 1970’s -1980’s, Schoolhouse Rock Live! JR. hits the Taft Theatre stage with a rock-and-roll revue, headed up by local rock sensations, The Rusty Griswolds!  Schoolhouse Rock Live! JR. follows Tom, a nerve-wracked school teacher who is nervous about his first day of teaching. He tries to relax by watching TV when various characters representing facets of his personality emerge from the set and show him how to win his students over with imagination and music, through such songs as “Just A Bill,” “Three is a Magic Number,” and “Conjunction Junction.”

Tagged as The Children's Theatre of Cincinnati, The Rusty Griswolds

Starfire Council is participating in Cincinnati Shakespeare Company’s Project 38 – a festival celebrating their having performed all 38 plays in the canon happening during Shakespeare’s birthday. Starfire’s performance is the vision of member Alyson Fleischer, a lover of theater living in Blue Ash. Forever captivated by the last scene of Hamlet in which nearly everyone dies, and wishing the play could somehow keep going, Allyson plans to create a funeral for Hamlet.

Help us remember the life and death of the misunderstood Prince by submitting a eulogy or volunteering to be on the funeral committee. We’ll need local actors to read submitted eulogies, costume design, filming assistance, and other expertise. The piece will be submitted as a short film in April at the Project 38 Festival. For more info, please contacthannah@starfirecouncil.org.

The League of Cincinnati Theatres was founded in 1999 to strengthen, nurture and promote Cincinnati’s theatre community. LCT provides its member companies and individual members with education, resources and services to enhance the quality and exposure of the theatre community in Cincinnati and increase community awareness, attendance and involvement. More information about the League can be found at www.leagueofcincytheatres.com.

Now one of the most performed shows in America, SEUSSICAL is based on Dr. Suess’s most beloved characters, including Horton the Elephant, The Cat in the Hat, Gertrude McFuzz, lazy Mayzie, and a little boy with a big imagination–Jojo. The colorful characters transport us from the Jungle of Nool to the Circus McGurkus to the invisible world of the Whos.

A potpourri of arts news items from local and national sources.