The Educational Theatre Association is looking for someone comfortable working with illustrator/adobe creative cloud and pantone color books.  Approximately 250 logos require updating to match the current pantone color model. This is a short term engagement of about 50-60 hours and will pay approximately $500.

Auditions Announced for THE MERRY WIVES OF WINDSOR at Bespoke Theatre

Bespoke Theatre will be having open auditions for William Shakespeares THE MERRY WIVES OF WINDSOR.

Please prepare a 1-2 min classical comedic monologue or be prepared to read from the script. Monologue choices can be anything from classical literature, poetry, theatre, music!

MERRY WIVES is a comedy so physicality is important! If you’ve never performed Shakespeare, have no fear! This is an abridged script with a run time of 1hr 45mins. It will be performed without intermission.

All Actors are PAID a stipend based on audience donation at performances.

Performances are FREE with donations accepted for the actors.

Troy, Ohio, June 30, 2017:  Troy Civic Theatre is hosting the Ohio Community Theatre Association West regional competition on Saturday, July 8th.  Five area theatres will be presenting 30-35 minute excerpts of shows from their 2016-17 season, with 2 of these shows being invited to compete at the OCTA State Conference held over Labor Day weekend.

Three adjudicators will be in attendance, and awards for Merit, Excellence, and Outstanding in performances, ensemble, costumes, props, and direction will be presented that afternoon.  Participating theatres include: Dayton Theatre Guild (THE LAST LIFEBOAT), X*Act (THE IMPORTANCE OF BEING EARNEST), Beavercreek Community Theatre (VANYA, SONYA, MASHA AND SPIKE), Windmill Productions (TO KILL A MOCKINGBIRD), and Troy Civic Theatre (ALMOST, MAINE).

The regional is open to the public.  Registration opens at 8:30 for the morning session, which begins at 9:30.  The afternoon session begins at 2pm.  Admission is $15 per person, with snacks by donation provided throughout the day.

TCT founding member and costumer Gerri Nichols is also being honored during the event for her commitment to community theatre.  Gerri has been awarded the American Association of Community Theatre Robert E Gard Superior Volunteer Award, which is presented to individuals at least 65 who have committed 25 or more years to volunteering in a non-paid position in a community theatre.  The awards were presented during the AACT national conference that took place in June in Illinois.  A representative from the local AACT region is attending the OCTA West regional, and will honor Gerri during the OCTA awards ceremony, The awards presentation is expected to begin between 4:30 and 5 pm on July 8th.  There is a cake reception planned to begin at 3:50 pm in the theatre lobby in Gerri’s honor.

Troy Civic Theatre is a non-profit community theatre located about 20 minutes north of Dayton.  TCT has been honored with several Dayton area, and Ohio regional and state performance and technical awards over the years, and has continued to bring quality entertainment to Troy for more than 50 years.  For more information, please contact the theatre at 937-339-7700.

How does it work? 15 minute episodes of new plays, every week, for a total of 3 installments.

Cast Announced for GUYS AND DOLLS at Lebanon Theatre Company 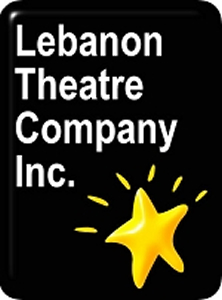