THE HISTORY OF AMERICA (ABRIDGED)

THE HAUNTING OF HILL HOUSE

In THE WEDDING SINGER, its 1985 and rock-star wannabe Robbie Hart is New Jersey’s favorite wedding singer. He’s the life of the party, until his own fiancee leaves him at the altar. Shot through the heart, Robbie makes every wedding as disastrous as his own. With a brand new score that pays loving homage to the pop songs of the 1980’s, THE WEDDING SINGER takes us back to a time when hair was big, greed was good, collars were up, and a wedding singer might just be the coolest guy in the room.

After a handsome but conceited prince treats a beggar woman poorly, the woman turns out to be a beautiful enchantress and turns the prince into a beast. Further, the prince’s staff is all transformed into objects to do with their profession. The prince is given a magical mirror to view the outside world. To break the spell, he needs to learn to love a person for who they are, and get her to love him before a magical rose loses its petals. Meanwhile in a nearby village, a beautiful young bookworm (Belle) feels lonely and out of place. She lives with her eccentric but kind father, Maurice. Soon, Maurice goes off to compete at an inventors’ fair but gets lost in the woods and ends up a prisoner at the beast’s castle. Belle eventually finds the castle and makes a deal with the beast to let her father go in return for her staying there with the beast. As the beast’s inner kindness slowly reveals itself, Belle grows to be in love with him. However, a jilted, self-centered and overly-masculine suitor from Belle’s village, Gaston, takes a posse to ‘save’ her from the beast. Gaston ends up stabbing the best. Luckily, when Belle rushes to the beast and expresses her love for him, he comes back to life again as a handsome prince. –StageAgent 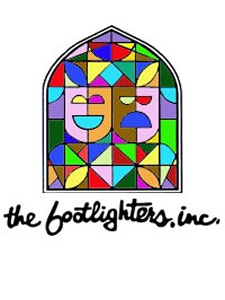 LIGHT IN THE PIAZZA

In this retelling of the Biblical story, Joseph is a handsome young man who is his father’s favorite child, able to interpret dreams, and the bearer of an amazing coat. These facts lead Joseph’s eleven brothers to become insatiably jealous. Thus, they sell Joseph into slavery to some passing Ishmaelites. After refusing the advances of his owner’s wife, Joseph is sent to jail. Once in jail, he quickly becomes popular due to his ability to interpret dreams. The Pharaoh soon hears of Joseph’s ability and appoints him to the post of Number Two man in Egypt. Years later, Joseph’s now starving brothers arrive in Egypt and ask Joseph, whom they don’t recognize, for assistance. Joseph, in turn, gives his brothers a scare, but eventually grants them all they desire, reveals his identity, and reunites the family. Dancing in the show requires all types of styles. -StageAgent