Cast Announced for THE DROWSY CHAPERONE at Loveland Stage Company

Announcing the cast of THE DROWSY CHAPERONE:

**We are in need of a few men for the ensemble. If you are interested, or know someone who is, please contact the director, Carissa Sloan, at carissa_griffith@hotmail.com. 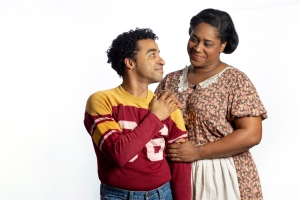 Set against the backdrop of 1950’s Pittsburgh, August Wilson’s Pulitzer Prize winning drama tells the story of Troy Maxson, a one-time star of the Negro baseball leagues who now works as a garbage man, holding court and expounding on life from the chair in his backyard. Due to his race, Troy was denied his shot at the big league, so when his son Cory wants his own chance to play ball, Troy’s bitterness and resentment threaten to tear their relationship apart.

Culled from interviews, letters, transcripts, case files and the public record, THE EXONERATED tells the true stories of six wrongfully convicted survivors of death row in their own words. In this ninety-minute intermissionless play, we meet Kerry, a sensitive Texan brutalized on death row for twenty-two years before being exonerated by DNA evidence; we meet Gary, a Midwestern organic farmer condemned for the murder of his own parents and later exonerated when two motorcycle-gang members confess. We meet Robert, an African-American horse groomer who spent seven years on death row for the murder of a white woman before evidence emerges that the victim was found clutching hair from a Caucasian attacker. We hear from David, a shy man with aspirations to the ministry, bullied into confessing at eighteen to a robbery/murder he had nothing to do with, scarred from a youth spent in prison and struggling to regain his faith; and from Sunny, a bright-spirited hippie who, along with her husband, spent seventeen years in prison for the murder of two police officerswhile another man confessed and was ignored by the courts. And we meet Delbert, a poet who serves as the play’s center, convicted of a rape/murder in the Deep South of the 1970s and later freed when evidence surfaced showing that he was not even in the town when the crime occurred. Moving between first-person monologues and scenes set in courtrooms and prisons, the six interwoven stories paint a picture of an American criminal justice system gone horribly wrong and of six brave souls who persevered to survive it.

An Unlikely relationship is forged in a quirky tourist shop called “A little piece of heaven”.  Restless biker Mike, who works in the shop, finds a friend in sassy elderly Lily, although the relationship certainly doesn’t start out that way.  Bu there is something odd about this little shop owned by the equally odd Elizabeth and Henry.  Suspicion and disagreement turn to respect and trust in this place where long lost things are finally found. 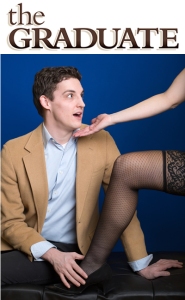 Benjamin Braddock is a confused young man. Having spent four years crafting a brilliant scholastic record, he finds himself adrift upon graduation, uncertain about his future, disconnected from his purpose, and increasingly alienated from the upper-class, suburban, “plastic” world of his parents. Fighting panic and boredom, he is deeply conflicted but ultimately willing when Mrs. Robinson, the unhappily married, alcoholic, and dangerously charismatic wife of his father’s business partner, tempts him into an affair. Benjamin’s tenuous existence of lazy days and stolen nights falls apart when he falls in love — with Elaine, Mrs. Robinson’s upbeat, optimistic daughter. Terry Johnson’s stage adaptation of The Graduate, based on the novel and the iconic 1967 film, is a bitterly hilarious dark comedy, full of rapid fire dialogue between fascinating and horrifying characters. This play explores family dysfunction, parental expectations, crumbling marriages, and the naive, yet disillusioned, dichotomy of youth, against the backdrop of 1960’s America.