CINCINNATI, OH – Award-winning Artist/Poet Annie Ruth and the Cincinnati Arts Association are proud to present Dada Rafiki: I see you sister, one of the most inspirational multicultural celebrations of music, dance, and song in Cincinnati, at the Aronoff Center’s intimate Jarson-Kaplan Theater on Friday, October 14 at 7:00 PM.

In 2005, Annie Ruth created Dada Rafiki as a solo exhibition, which was exhibited at the Arts Consortium of Cincinnati and the Cincinnati Museum Center as a way of honoring women from all walks of life in the Tri-state area who make an impact  in our community. Since then, she has garnered the support of other artists in the community to honor both women and men. “Dada Rafiki,” which means Sister Friend in the Kiswahili language of Eastern Africa, has honored nearly 140 women over the past ten years and donated priceless art collections to schools and non-profit organizations to benefit the public in conjunction with the celebration.

“Dada Rafiki is a way of continuously honoring the spirit of many positive servants in our community and allowing the public to benefit from the universal power of art,” said Ruth.

This year’s event is themed “I see you sister“ and honors remarkable women who, even though they often serve behind the scenes, have established a legacy of giving within Greater Cincinnati. A special “Baba of Honor” will also be recognized during the event. Annie Ruth will serve as the host/emcee of this engaging and interactive evening, with featured performances by Spoken Soul Artist JaHipster, the Cultural Centre of India, Todd O’Neal and Friends, and Ed “Sax” Thomas & Company, with a special guest appearance from Carla Cook, Jazz vocalist and 2016 Taft Museum of Art Duncanson Artist-in-Residence.

ABOUT THE CREATOR OF DADA RAFIKI
Annie Ruth is a Cincinnati-based visual artist/poet who creates work that celebrates the human spirit. She is a trailblazer who has received critical acclaim for her work in the community – fusing her artistic talents with arts education and collaborating with major cultural institutions and museums to bring art directly to communities throughout the United States and abroad.

A few of her awards include an Athena International Leadership Award, YWCA Career Woman of Achievement, an Ohio Senate Commendation for her community service and artistic accomplishments, Cincinnati Enquirer Woman of the Year, Cincinnati Herald Nefertiti Award, Taft Museum of Art Duncanson Artist in Residence, and the Leading Woman Award for Arts and Entertainment.

For more information about the history of Dada Rafiki and  how to help empower young women in the community, visit www.dadarafiki.net or contact Annie Ruth at (513) 821-9027 or annieruth@fuse.net.

This classic musical, created by Elizabeth Swados in the 1970s, is based on hundreds of interviews with teenagers who had run away: from home, from predators, from themselves. RUNAWAYS blends different musical styles from pop to hip-hop, jazz to reggae, while asking why children can’t remain children.

Tagged as Know Theatre of Cincinnati, UC College-Conservatory of Music

Tri-County Players to happy to announce the cast of their upcoming production STORY THEATRE by Paul Sills and directed by Ivory Mazur.

Actors Needed for CROSSING TO FREEDOM at RiverStage Community Theatre

CONTENT: Historical. The escape of runaway slaves from Kentucky, across the Ohio River and onto the Underground Railroad in Moscow, Ohio, and via Felicity, Ohio on to Canada.

LENGTH/PERFORMANCES: 20 minute vignette to be performed 4-5 times from 10am to 8pm, in approximately 2-hr intervals, during the Moscow, Ohio Bicentennial event Sept 24, 2016. (The event itself runs 10am-10pm) At Moscow’s Holland River Park.

Contact RiverStage Community Theatre, (Linda) at 513-543-9149 or riverstage.nr.publicity@gmail.com for audition by appointment. 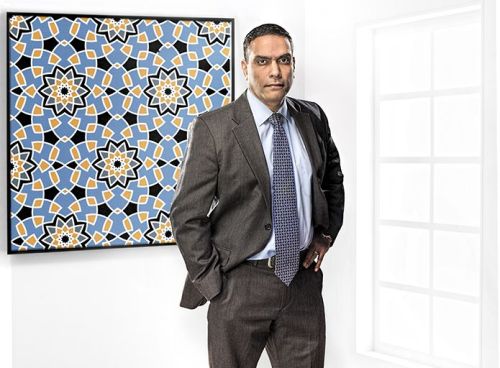 (CINCINNATI) – Some plays seem ageless, while others are uncannily current. DISGRACED is the kind of play that succeeds in being both timeless and timely. Winner of the 2013 Pulitzer Prize for drama and a 2015 Tony Award nominee for best play, Ayad Akhtar’s DISGRACED makes its regional premiere to open the Cincinnati Playhouse in the Park’s 2016-17 Thompson Shelterhouse season from Sept. 24 through Oct. 23.

DISGRACED asks audiences to examine taboo subjects such as religion and politics, to explore their own biases surrounding culture and identity and to question preconceived notions regarding the American Dream and the experiences faced by Muslims in our country. Currently one of the most-produced plays across the U.S., DISGRACED was a sold-out hit in New York, London and Chicago.

Amir Kapoor is a hotshot lawyer who has achieved considerable success. But, in order to reach those heights, Amir believes it necessary to reinvent himself, putting as much distance as he can between his current life and his Muslim upbringing without fully understanding the ramifications of his decisions. Ironically Amir’s wife Emily, an up-and-coming painter, finds her own work increasingly inspired by the patterns and forms of classic Islamic art. When the couple hosts a dinner party for friends — Jory, a colleague hoping, like Amir, to earn a partnership at the law firm where they both work, and her husband Isaac, a curator at the Whitney Museum who has an interest in Emily’s new paintings — polite conversation escalates into explosive debate. It’s a discussion that illuminates in startling terms the not-so-hidden prejudices very much alive in America.

“DISGRACED puts the ideal 21st-century situation onstage — four successful people, equally balanced in gender, religion and ethnicity, share a meal — and the protagonist of the play is a prosperous Pakistani-American,” says director Lisa Portes, who is making her Playhouse debut. “There it is: the American Dream. Everyone’s different, everyone’s winning and everyone gets along. And then the whole thing blows up.

“Why? I think that’s the point of curiosity for audiences,” Portes continues. “In trying to build a truly pluralistic 21st-century America, what are we missing? What do we learn about ourselves when the American experiment fails?”

Playwright Ayad Akhtar, the son of Pakistani doctors who migrated to the United States in the late 1960s, was born in New York and raised in Wisconsin. He became hooked on writing in high school, but struggled for years to find his voice. As an adult, “I started to understand I was running from who I was,” Akhtar told Arena Stage earlier this year. “I had been inculcated in the literary values of European modernism. I was trying to be a kind of writer that I wasn’t. I was trying to ignore that my parents came from Pakistan and that I had a Muslim background. I didn’t want to have anything to do with it … When I started to understand that, I had enough presence of mind to not do anything about it, but just observe. And as I observed, I metaphorically looked over my shoulder at what I had been running from, and it led to an explosion of creativity.”

The results included Akhtar’s critically acclaimed 2012 coming-of-age novel American Dervish and DISGRACED, as well as plays The Who & The What and The Invisible Hand.

While the play resonates in the current environment of Islamophobia, Akhtar believes it also can be viewed more broadly. “I’m writing to the universal,” he told The Wall Street Journal. “I just happen to be situated, because of my history, my upbringing, my passions, my ecstasies and my demons, to be writing subject matter that seems to be meeting the world in an unusually direct way.”

DISGRACED is sponsored by Schueler Group.

Tickets for DISGRACED start at $35. Prices are subject to change, and patrons are encouraged to buy early for the best seats at the best prices. The show is appropriate for adult and older teenage audiences.

Tickets to 7 p.m. Sunday College Night performances are priced at just $10 for college students with a valid school ID. Student tickets are just $15 on the day of the show for all other performances.

Discounted ticket prices for teens and students are always available for $30.

The Playhouse invites patrons to go beyond the play and take part in Playhouse Perspectives discussions at 7 p.m. Monday, Sept. 26, and 7 p.m. Monday, Oct. 10. The first, featuring representatives from The Islamic Center of Greater Cincinnati, will focus on a basic understanding of Islam and what it means to be an American Muslim today. The second will look at representations of Muslims in the media. The discussions are free and open to the public, but reservations are required and may be made by contacting the Playhouse Box Office at 513-421-3888.

Additionally, The Islamic Center of Greater Cincinnati has graciously offered to provide special 90-minute tours for Playhouse patrons interested in visiting its facility in West Chester. Participants will learn about the basics of Islam and have the opportunity to explore the art and architecture of the campus, including the mosque and education building. A $2 donation is suggested at the door. Space is limited, so reservations should be made by calling the Playhouse Box Office at 513-421-3888.

Call 513-345-2248 for Telecommunications Device for the Deaf accessibility.

The Playhouse is supported by the generosity of more than 40,000 contributors to the ArtsWave Community Campaign.

The Playhouse also receives funding from the Shubert Foundation.