Cast Announced for THE CONSUL, THE TRAMP, AND AMERICA’S SWEETHEART at Dayton Playhouse

The streaming run for THE CONSUL, THE TRAMP, AND AMERICA’S SWEETHEART, a 2015 FutureFest Winner from playwright John Morogiello will begin on January 20, 2021.

Wishing Break-a-leg to Director Jennifer Lockwood and the whole cast:

Fall 2020 Linda Roll, editor
llroll69@hotmail.com
Wow, what a year this has been. No one could have foreseen all the changes that have taken place. This has impacted every aspect of our lives. Let’s hope for at least some return to normalcy, whatever that will look like.In the meantime, let’s talk about what has been happening in our theatre world. The ACT board has continued to meet via ZOOM to conduct business.

ACT is pleased to welcome Queen City as a new member. AACT update: This competition will be 100% virtual. This means that any of the theatres that did submit, if they wish to continue it must be 30 minutes. 12 groups will go to nationals, and if selected a professional video crew will come out and tape the 1 hour.

Some of the theatres are producing virtual shows, so be sure to check them out. The following is a list of some of these companies. If you know of a group doing this or are participating in any of these, let others know how to access the productions.

If your group is holding events to raise funds, make sure to let us know what they are.

Let’s all support each other during this time.So, here are a few thoughts from your editor.

We are all struggling with just trying to survive what is going on in our lives. Jobs have been lost, family members and friends have been ill from this virus, and some of us have had loved ones die from various reasons, not just this virus. Whether you believe this is real or not, at least think about those around you. If you feel depressed, reach out and talk to someone. We are ALL in this boat together, and we WILL survive this.

Have a Happy Thanksgiving. I hope you will be sharing the upcoming holidays, however you celebrate, with those you love.

Any errors, mistakes or omissions are not intentional.

Thanks to all of you for being a part of Greater Cincinnati theatre.

Tagged as ACT of Greater Cincinnati, via Wesseling List

CINCINNATI, OH – In their campaign to “Save Christmas,” NO PROMISES Vocal Band has raised nearly $7,000 from more than 90 supporters to produce a streaming version of their annual “Christmas With NO PROMISES” concert.

The program was filmed at historic Memorial Hall in Over-the-Rhine on Tuesday, November 24, and will be released to campaign supporters circa December 8. Individual song videos will be released progressively in the days leading up to December 23, when the general public will be able to experience the full show for the first time.

A Successful Campaign Extended
Between October 21 and November 19, donors from across the country contributed nearly $7,000 in gifts ranging from $1 – $500 to cover venue rental, audio engineering, video engineering and licensing expenses incurred in creating digital concert. Debbie Hill and Dunrobin & Associates each made leading gifts of $500 as concert sponsors.

With less than a month remaining until the Christmas holiday, NO PROMISES is extending the campaign window to December 23. Fans who missed the initial fundraising period can contribute in any amount to receive special access to the full concert prior to the December 23 public release. This additional support will also help the ensemble defray some unexpected costs, including COVID-19 testing that allowed them to sing together unmasked.

Individuals can support the NO PROMISES Saves Christmas campaign in two ways:

As in their live concerts, members of the group introduce each tune with witty repartee.

Christmas with NO PROMISES – An Aural History
For many, the yearly Christmas With NO PROMISES tour has become one of the most anticipated performances of the year, earning a 2019 nomination by Movers & Makers magazine as Cincinnati’s Top Chamber Music Concert. Past tours have included stops in Dayton, Columbus, Toledo and Findlay, complementing beloved local venues including The Garfield Theater, The Warsaw Federal Incline Theater, and the band’s perennial favorite, Community of the Good Shepherd. Other recent venues have included Covington’s The Carnegie, Walnut Hills’ New Thought Unity Center, Montgomery’s The Uni, New Richmond’s historic Mt. Zion-St. Paul United Church of Christ, Withamsville’s St. Thomas More.

Live Christmas With NO PROMISES concerts have taken place annually since 2015, and draw more than 2,000 attendees each year.

About NO PROMISES
NO PROMISES is a Cincinnati-based professional a cappella ensemble bringing exhilarating vocals and breathtaking harmonizations to popular favorites of jazz, Motown, and yacht rock. The group has entertained at festivals, concert series, conventions and concert halls throughout the state. Its members have graced the stages of Broadway, fronted major symphony orchestras, and backed the likes of Jim Messina, Steve Winwood, Kenny Loggins and POCO. In their day-to-day lives, the men of NO PROMISES are clinical psychologists, theatrical talent buyers, and hairdressers with a passion for a cappella singing.

Curious about how Broadway actor David Baum joined NO PROMISES and became a clinical psychologist, or the surprising musical background of former Maisonette owner Nat Comisar? Check out individual bios at http://www.nopromisesvocalband.com/lineup/.

Tagged as No Promises

The TCT Board has evaluated the circumstances surrounding the intention to present THE HALLELUJAH GIRLS in January as we had planned, and has decided that the risk to our patrons and the actors is too great. The board has made the difficult decision to delay it again. We are hoping to open the show in May 2021 (just a year later than originally scheduled).

The board has also decided to cancel the remaining productions of FARCE OF HABIT and DADDY’S DYIN’, WHO’S GOT THE WILL for the 2020-21 season. We are intending to present the season originally selected for 2020-21 as the 2021-22 season. Exact performance dates are yet to be decided; however, the expected season will be:

The ticketing committee will be in touch with season ticket holders regarding your options.

We thank all our patrons and members for your continued support in these difficult times. We will be together soon! 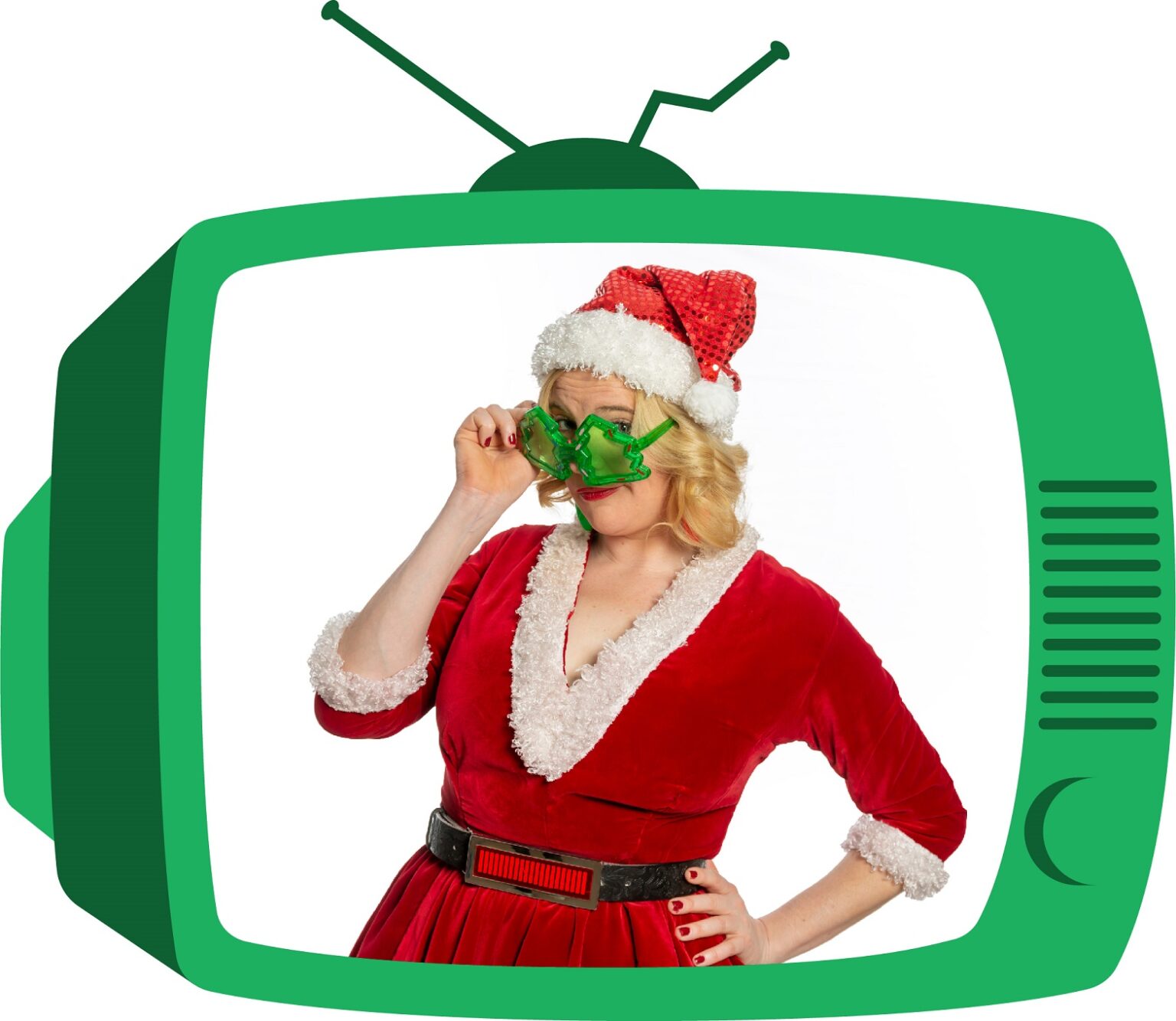 Get your jolly on from the comfort of your own living room, as Santa and the gang deliver a sleighful of lovingly irreverent holiday hijinks right down your chimney and onto your screen of choice. Jam-packed with special guests, musical numbers, and more, The Drunk Santa X-mas Spectacular is the one-size-fits-all gift that keeps on giving. So you better be good, for goodness sake! Nah, just kidding- do whatever the heck you want, it’s 2020!

Filed under On Stage, Online Performance