Meet the New Faces of Know

Ri Moodie is joining us as our Operations & Company Manager, handling the business side of the company as well as logistics that affect the company as a whole. She comes to us fresh from receiving her Master of Arts Administration in Theater & Production Management from Ohio University in 2021. She has also been working as an administrative associate at Theatre Washington (home of the Helen Hayes awards).

Ri describes herself as “a biracial member of the LGBTQI+ community who is always looking to enact positive change, no matter how small, within her community.”  You can read about her work helping to establish a new student-run theater for BIPOC students at Ohio University here: https://www.vibrancytheater.com/ri-moodie-contact 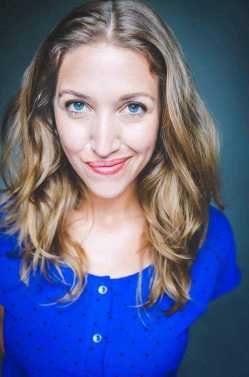 Our next new staffer is new to the Know, but may already be a familiar face to Cincy Fringe fans! Katie Hartman will be taking on the mantle of Fringe Producer for the 2022 Cincinnati Fringe Festival. Katie is one half of the performing team The Coldharts, who have been bringing us smash-hit shows in Fringes since 2014, including The Legend of White Woman Creek, Edgar Allan, The Unrepentant Necrophile, and Eddie Poe.

Katie is a founding member and and long-time producer of the Twin Cities Horror Festival, which operates on a very similar model to the Cincy Fringe. Katie has been an active independent touring artist at festivals across the US and Canada for the last ten years, giving them a ton of hands-on experience in how Fringe Festivals can and should be operated. The first female producer of the Cincy Fringe, they are thrilled to take on this new role, championing the Queen City as a bastion for new work and adventurous artists.