WHHS Theatre Department Makes a Statement About Modern Corporations and Social Responsibility Through URINETOWN: The Musical

“It’s a privilege to pee”

A lovable hero, a despicable villain, a citizenry rumbling for a revolution, and… pee? This February, Walnut Hills High School tackles Urinetown, a charmingly self-aware and witty musical set in a dystopian future where a monopoly charges for the ability to use the restroom. As discontent grows among the citizenry, an unlikely hero, Bobby Strong, rises to the challenge of defending one of humanity’s most basic needs. However, as the willful optimism of the lower classes slowly begins to turn the tide of the revolution, the audience is left with one question: how far are we willing to go for our freedom? With a high-energy score and a hilarious book, join the cast and crew of URINETOWN for a satirical glance at the cogs behind modern society. 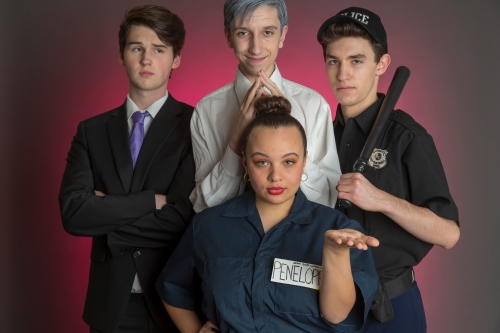 Tickets are $10 for students and staff and $12 for adults. Tickets may be purchased by visiting https://sites.google.com/view/whhstheatredepartment/tickets