I’m finishing out the first week of Fringe with three more performances by three new participants. 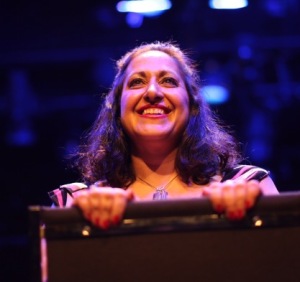 First up is THE PINK HULK: One Woman’s Journey to Find the Superhero Within

What’s the first thing Valerie does when she’s diagnosed with cancer for a second time? She tries to get laid. Battling breast cancer after fighting off lymphoma, Valerie’s afraid she might lose “the girls” and takes them out for one last hurrah. Does she succeed? Come see it to find out! This sexy, adventurous solo show follows the triumphant journey of one woman seeking her own “hulk-like” strength to find her superhero within!

PINK HULK is written and performed by Valerie David out of New York City. 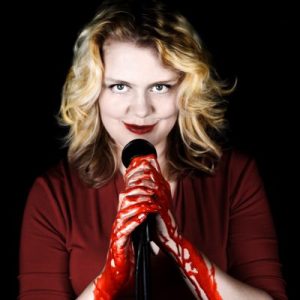 When comedian Megan Gogerty is informed that she can’t play Lady Macbeth – because Lady Macbeth is a tragic figure of powerful darkness, and Megan is the human equivalent of a golden retriever – she sets out to prove them all wrong. Silly, theatrical, and complex, Megan attempts to answer the question, “What’s it like to be a woman comedian?” Spoiler: it’s murder. 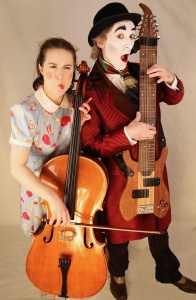 I wrap up the day at the family-friendly THE MONSTER SONGS with Dr. Dour and Peach from Washington, D.C.

Dr. Dour pours forth tales both horrible and wondrous in a torrent of musical stylings. And Peach helps. Together they deliver never-before-told tales of lovesick mummies, giant lizards, bargain-hunting zombies, and other hapless creatures of the night in a cabaret cocktail of original songs. The mysterious is scrutinized. The strange is eternalized. And the dangerous is epitomized in song. Dr. Dour (vocals, 10-string touch-guitar) and Peach (cello, banjo, cute) elucidate all.

Announced at last night’s news, eight performances SOLD OUT on Saturday. They were: