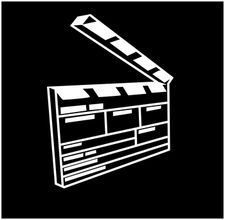 David Garrison Productions is looking for several dozen extras for 3 scenes coming up in January.

The film is “The Last Race,” a feature motion picture project benefiting the American Cancer Society.

Shoots will each last one day or less.

As this is a project generating money exclusively for charity, all roles are unpaid.

We have a scene coming up this SUNDAY, JANUARY 22ND, that requires many extras.

We are looking for dozens of males, middle aged or older to play oil drillers at a convention party. (The party is at a Vegas style showgirl bar.)

We are also looking for any attractive young women to play showgirls.
Call times are 10am to 3pm.

“The Last Race” is being shot across the United States with an all volunteer cast and crew. 100% of the proceeds will go to the American Cancer Society for research for a cure to cancer.

For more information about the project, visit www.davidgarrisonproductions.com.