A RAISIN IN THE SUN Review

A RAISIN IN THE SUN presented by Cincinnati Shakespeare Company through April 15. Click here for more information on the production. I attended the opening night performance. 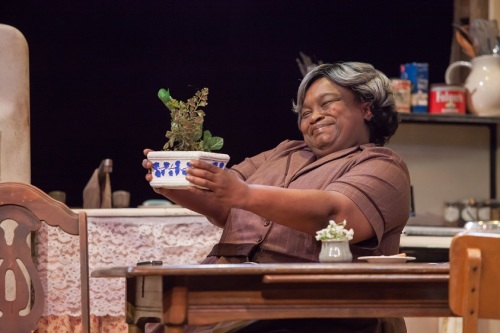 Cincinnati Shakespeare Company’s dedication to bringing theater Classics to the stage reaches new heights with their amazing production of Lorraine Hansberry’s A RAISIN IN THE SUN. 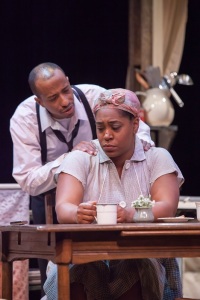 Guest director Christopher V. Edwards has a clear vision for the production and easily pulls the audience into the completely believable world he has created. I really can’t remember anything that pulled me out of the moment. Although the three acts clock in at two and a half hours, I never found the pace lagging.

As family matriarch Lena Younger, Burgess Byrd shines. Her character is equal parts strong-willed and God-fearing, who doesn’t suffer fools lightly, especially within her own family. Byrd is easily likable and completely believable in a role beyond her years. Her joys and sorrows touch the audience.

Geoffrey Warren Barnes II is appropriately, borderline-unlikable as Lena’s son, Walter Lee. Unhappy with his lot in life, he pins his hopes that a looming family windfall will open the door to his search for success. Walter Lee’s jealousy, rise, fall, and redemption are handled extremely well by the actor.

The old saying that men tend to marry a woman like their mother rings true with Torie Wiggins in the role of Ruth Younger, Walter Lee’s wife. Many of the qualities of Lena are mirrored in her character. I very much enjoyed how Torrie maintained an active presence in every scene.

Renika Williams is a force of nature as Benetha Younger (Lena’s daughter). She brings a maturity beyond her years and a great sense of self to the character. 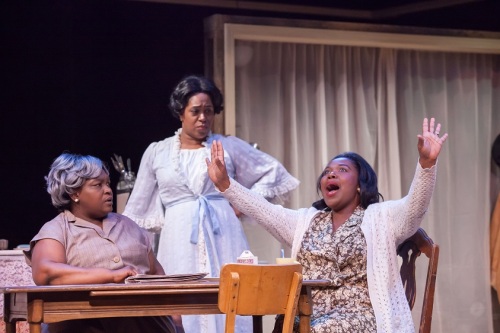 Many times, reviewers speak of how an older script (this one debuted on Broadway in 1959) remains relevant today. Sadly, almost 60 years later, A RAISIN IN THE SUN speaks to how little progress has been made on many of the social issues explored in this drama.

Overall a near-perfect, emotionally-satisfying production of this wonderful, seldom-staged production. I highly recommend that you take advantage of this rare opportunity.

I would enjoy hearing what you think about the show or my review. All I ask is that you express your opinion without attacking someone else’s opinion. You can post your comments below.