CBC Preview: OTHELLO and RED VELVET, a Pairing Three Years in the Making

A version of this article was originally published online Feb. 27, 2018

During the month of March, Cincinnati audiences will be offered the unique opportunity to see both William Shakespeare’s tragedy “Othello” set in modern times and the contemporary script of “Red Velvet” set in 1800s London. Performances will take place blocks apart at Cincinnati Shakespeare Company and Ensemble Theatre Cincinnati, respectively.

Shares ETC Artistic Director D. Lynn Meyers: “I wanted to do Red Velvet for the last couple years. When the Shakespeare Company talked about doing Othello, I waited so that we could present it in the same year that they moved to our neighborhood.” 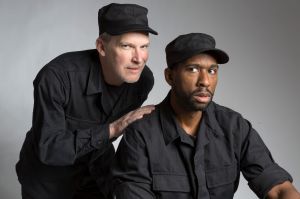 In “Othello,” the titular character, played by guest artist William Oliver Watkins, is a Moorish General of the Venetian army who elopes with Desdemona (Courtney Lucien), the daughter of a wealthy senator. His unfaithful ensign Iago (Nicholas Rose), bitterly jealous of his superior’s success, sets out to ruin Desdemona’s reputation and drive Othello to wild fits of jealousy.

Returning guest director Christopher V. Edwards (“A Raisin in the Sun” 2017) describes the setting of this production as “A Venice that is technologically and digitally capable, where war is the norm and not the exception. It is a nation with the responsibility of a superpower, where political and economic interests often outweigh ethical or moral concerns.”

The race of the title role is often seen as Shakespeare’s way of isolating the character, culturally as well as visually. During the 19th century, the role was frequently performed as an Arab Moor. Othello was first played by an African American actor in 1833 – and it is his story that is explored in “Red Velvet.”

Actor Ira Aldridge has enjoyed great success in the capitals of Europe. When Edmund Kean, regarded as the greatest actor of his generation, collapses while playing Othello, it is Aldridge who steps into the role and into the history books of the English stage. As the public riots in the streets over the abolition of slavery, how will audiences react to the revolution taking place in the theatre?

D. Lynn Meyers adds, “It’s a bold thing for a theater dedicated to new works to be presenting something that goes back 100 years, but we can’t move forward if we don’t confront our past.”

“Red Velvet” is directed by Cincinnati Shakespeare Company’s Artistic Director, Brian Isaac Phillips. In a way, Phillips’ return to ETC is a bit of a homecoming. It was a director internship with the company that originally brought Phillips to Cincinnati for 1998-99 season. 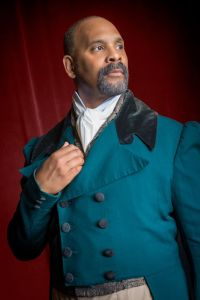 The cast is comprised of faces familiar to both Cincy Shakes and Ensemble audiences, with CSC Resident Ensemble Member Jeremy Dubin making his ETC debut. Leading the ensemble is Ken Early in the role of Ira Aldridge.

Adds Meyers: “Ken got his Equity card because of Ensemble. When I look at this [local] cast for Red Velvet and I look at the fact that [our last production] The Humans just broke all box office records and all but one actor was a local [performer]; this is a great thing…to celebrate the talent that is here and to have the opportunity on these stages for people to stay and work here.”

It is easy to argue that the true winners of this collaboration are the theater audiences.

“Othello” presented by Cincinnati Shakespeare Company runs March 2-24 with performances on Thursdays, Fridays, and Saturdays at 7:30 p.m. and Sundays at 2 p.m., as well as Saturday March 24 at 2 p.m.. Preview performances are February 28 and March 1 at 7:30 p.m. More information is available at www.cincyshakes.com.